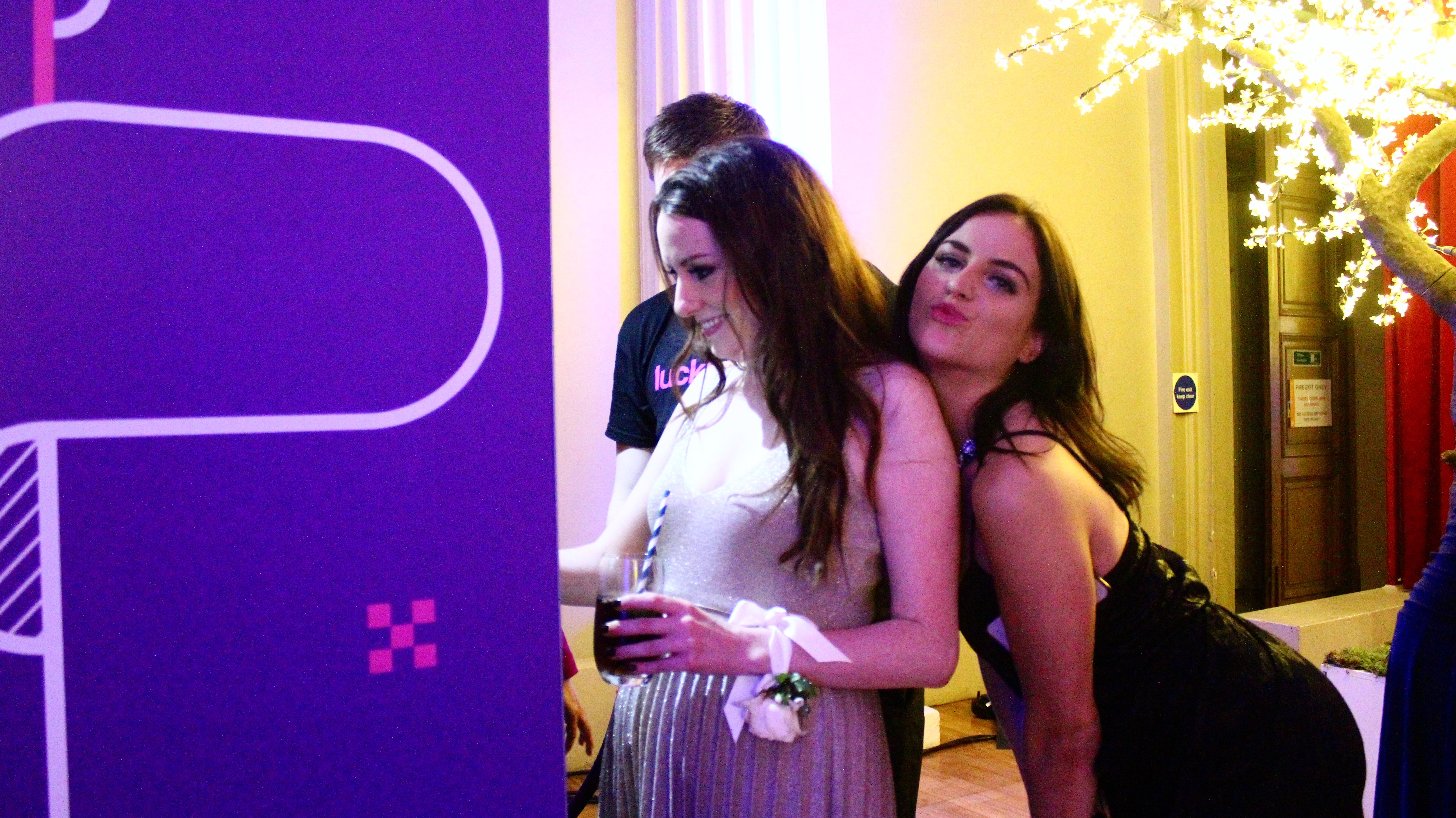 Ode To A "Lucky Voice" Wedding

We were invited to HRP's "A Modern Fairy Tale" wedding showcase and brought along our pop-up karaoke booth as a guest. What a night! We enjoyed it so much, we decided to write a poem and make a video about it.

If you'd like us at your event, pop us an email: solutions@luckyvoice.com and we'll get our karaoke on.

Once upon a time in a historical London site,
We were invited to come along and spend the night
at an HRP event named 'A Modern Fairy Tale'
so we brought over our musical pop-up to unveil.

We arrived at Banqueting House with our set-up in tow,
It didn't take long before our singing carriage started to glow.
We had eight thousand songs and our karaoke mics ready,
With soundproof walls, the camera on and vocal cords steady. 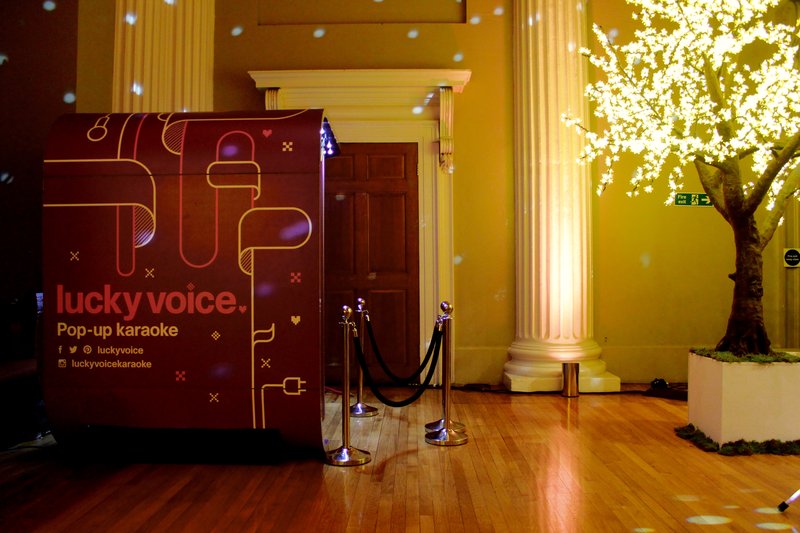 It was here that the story begins when both lovers meet
As their lives intertwine to go from two hearts to one beat,
But what isn't known was how the groom knew she was the one,
Of the exact moment that had pronounced him love struck and stunned.

Legend has it that the verses of a popular rap,
had played Fairy Godmother between the girl and the chap
It was during a singsong battle that he noticed a space,
In the cool duet for a voice of eloquence and grace. 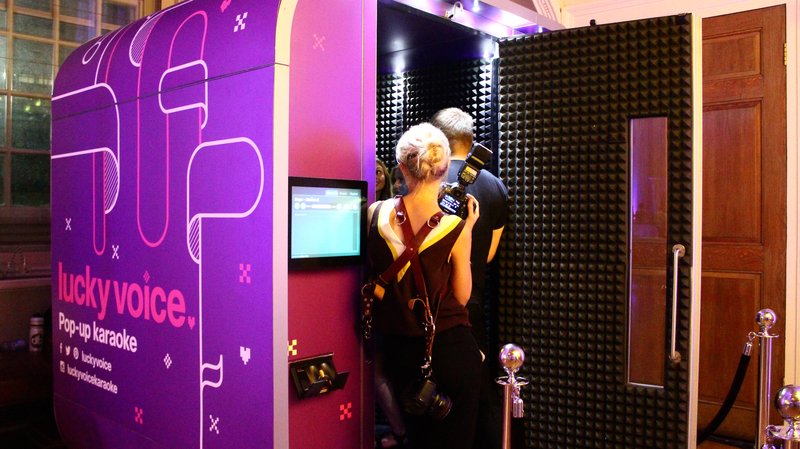 She's an events planner that granted wishes quaint and grand.
He's a bridal dress designer who put a ring on her hand,
They left the wedding showcase with a book full of ideas,
filled with food, and the pop up booth that their hearts holds dear.

Oh, how everyone danced, shimmied and collectively sung
Unacquainted guests joined in from places close and far-flung.
The ice was broken and every voice in the room was free
In the singing photo booth where the night ended with glee. 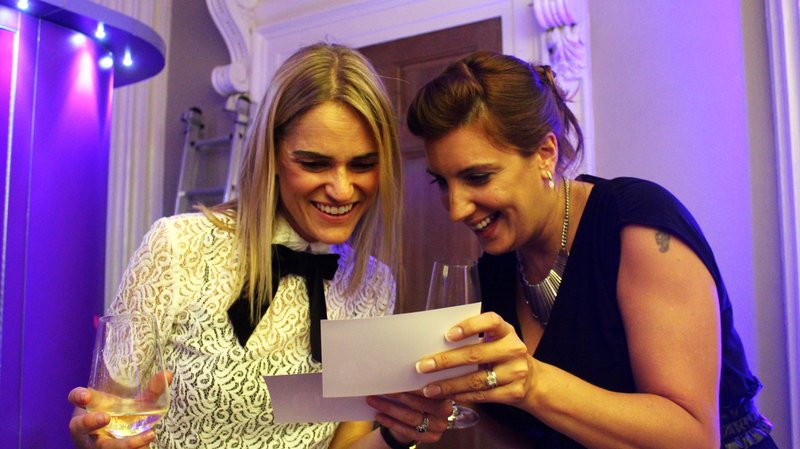 Oh, we had a magical night. How could you not when you couple up Historic Royal Palace with a karaoke photo booth?! Look out for us popping up again soon (see what we did there?) at a wedding near you! 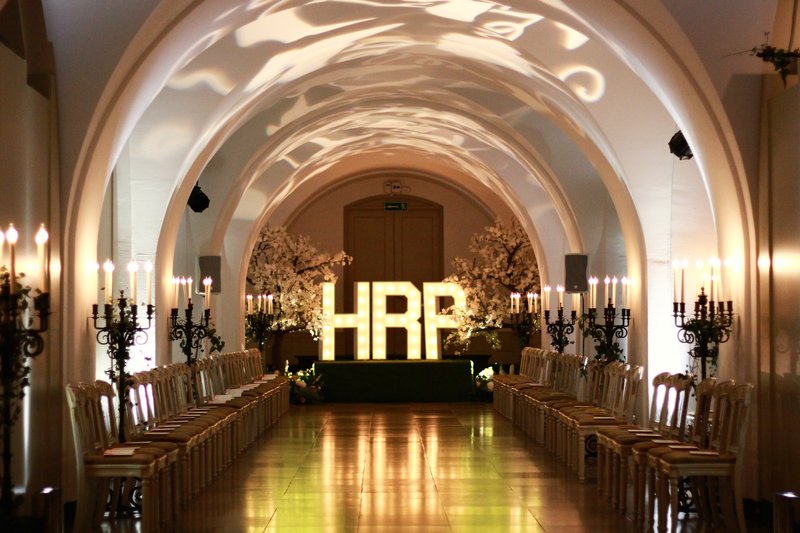 Join the people who know.
Get in touch